Owners and Developers Beware: FEMA Flood Insurance Program Is Changing Along With the Climate

One of the issues contributing to an increasingly volatile construction space for owners and developers is the cost and availability of insurance during and after construction of a project. As a result of accelerated climate change, projects in areas prone to wildfires, storms and flooding are becoming particularly difficult and expensive to insure.

Adding to this difficult environment, FEMA has announced major changes to its flood insurance program beginning Oct.1, and pricing will be based on factors such as future-looking climate forecasts. Owners and developers will need an understanding of these changes for a complete analysis. We routinely advise our clients to quantify all insurance costs as part of the due diligence involved in determining where and what to build, so the FEMA changes will definitely need to be factored into any current or future projects.

Floods can be quick, devastating and deadly. In an era of increasingly more hurricanes and other storms, as well as seemingly annual “100 year” floods, insurance companies and owners alike have suffered catastrophic losses. When Hurricane Katrina roared through Louisiana on Aug. 29, 2005, with Hurricane Rita following just weeks later, the damage was unprecedented even in the shadow of the 9/11 attacks.

Billions of dollars of loss claims were brought by homeowners who thought that any damage by hurricanes would be covered by their hurricane insurance. Instead, many insureds were forced to litigate flood exclusions, causation language and ambiguous definitions (i.e., was the damage due to a flood, or was it rain … or wind?). That pattern has continued to accelerate. In 2017, the year of Hurricanes Irma, Harvey and Maria, losses exceeded $130 billion and in 2020, losses exceeded $74 billion in the United States.

Unsurprisingly, insurers have grown weary of paying flood claims. Since Katrina, a growing focus on climate change and its impact on strength and frequency of storms has only made it harder to obtain flood insurance. During this period, the government has at least provided somewhat of a backstop to flood damage through its own programs.

Since 1968, property owners have been able to turn to the federal government for at least some relief. Administered by the Federal Emergency Management Agency (FEMA), the National Flood Insurance Program (NFIP) offers up to coverage of up to $250,000 for homeowners, business owners and renters. While this level of coverage may be a fraction of what is available in a private policy, the transparency and sheer availability of NFIP make it far and away the most popular of flood products.

Additionally, thanks to the federal government’s “Write-Your-Own” (WPO) Program, there are approximately 50 private insurers who sell the government’s product under their name, but with the same government rates and regulations. The NFIP is available to anyone living in one of the 23,000 participating NFIP communities, and property owners in high-risk areas who receive mortgages from government-backed lenders, as well as those in high-risk areas who have previously received disaster relief funds, are required to obtain flood insurance. Today, there are about five million NFIP policyholders.

With catastrophic losses continuing to grow, FEMA recently announced that the NFIP will dramatically change the way it prices its policies. In the biggest shift since the program began, the NFIP will no longer determine rates based solely on a property’s elevation and whether it is in the “FEMA Flood Zone.”

While the FEMA Flood Zone does look at areas in 100-year flood plains (or those having a 1% annual chance of flooding), the new model takes into account the unique risk that climate change poses to properties. In other words, it is a forward-looking model that anticipates how rainfall, rising sea levels, and other climate change events alter risk over time. Additionally, FEMA is attempting to achieve a more equitable pricing by factoring the cost to rebuild into a policyholder’s premium – something FEMA calls “key to an equitable distribution of premiums across all policyholders because it is based on the value of their home and the unique flood risk of their property.”

Impact on Current and Future Policyholders

The new policies take effect on Oct. 1. Current policyholders who are eligible for renewal may immediately take advantage of any potential decrease to their properties. However, many will see their rates increase. By April 1, 2022, all remaining policies will be subject to the new rating methodology. Property owners with a high cost of rebuild as predicted by catastrophic modeling should be prepared to see an increase in their premiums.

Future policyholders should take into account the impact of climate change when selecting a project location. FEMA is but one example of an insurer that is no longer ignoring climate change’s effects on its bottom line. Policyholders should review their options, including whether they should obtain an excess flood policy before determining whether to purchase or build on properties located in flood zones.

Unfortunately, some of the nicest places to build and own in the United States are subject to an increased likelihood of being impacted by climate change and the attendant increased costs of insurance.  While the use of climate resilient building materials and design may help, the costs of incorporating those material and practices do not come cheap.

Nevertheless, with both governmental and private insurance getting more complicated and costly, owners and developers should investigate the insurance costs involved prior to building and discuss with potential carriers design suggestions that will allow coverage from loss from those carriers. The cost of insurance in general, and catastrophic coverage such as flood insurance in particular, can no longer be ignored when deciding what and where to build.

For more information about FEMA and flood insurance changes, and their impact on your projects, contact a member of Gould & Ratner’s Construction Practice. 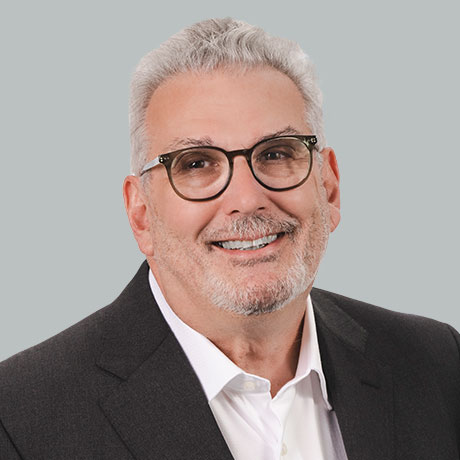